The following was written in 1998 as part of university studies and served as the text for a video as well as a directional arrow for the reading, series of performances, and analysis which comprised my thesis, Centre of the Storm.

Written spontaneously in response to artwork by I. Kindness (Mat meets gloss.  PCL Exhibitionists, Sydney, 1998) [1], the poem was driven by years of questioning my ancestral story in the context of the colonisation of Australia and the impact this had on the First Peoples.  Details of this process can be found in the thesis Introduction, especially the sections Less Than Half the Story and Performance as Religious Expression and Political Action.

WOMEN AND THE LAND (filmed on Gadigal and Dharug land)

(All photos are of A. Maie and artwork by I. Kindness) 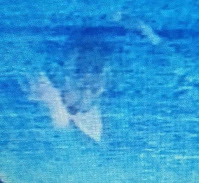 Women on the Land

Women in the Land

Each step a mark.....an imprint

Know where you step

Be sure how and where you go

How to be sure?

Where did that time go?...Its gone already...I don’t believe it...What happened?....I’ve missed it!  What did you say?  Sometimes I feel I don’t even have time to breathe. 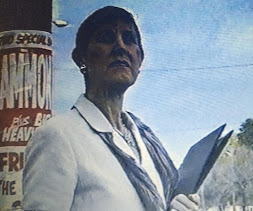 I am a displaced woman

Living in a strange land,

not mine by right

But claimed by my recent past

My people came from the North

What is it about the North that gives “right of possession?”

The right to see a land

that it is O.K. to take possession

That we are more civilised

and will benefit those already on that land

That we will bring a better morality

a better understanding of life

a better experience of life

That we have the answers.

Yet we bring in all the trappings of an alien life

and suffocate what is already there

Fight the people of the land

We do not listen

We do not see

We do not respond

until we have created a space...an environment

that is our own

Then and only then do we feel

a sense of place

But it is an alien place in this land

all that is here

All that makes this land itself.

And what of our spirituality?

Those religions which came with us from the North?

They also sit on top

uneasy in their new location

on a place that does not connect...communicate 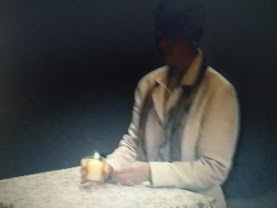 It is in another land

where their people make pilgrimage

How then can we aliens feel a sense of place

when we ignore and are ignorant of all that is here...

that was here from the beginning?

Can we recover what was lost...

connect with what was ignored...

or is it already too late

too late to make a beginning

to take the first step

to take time to make the first step?

Women on the Land

Women in the Land 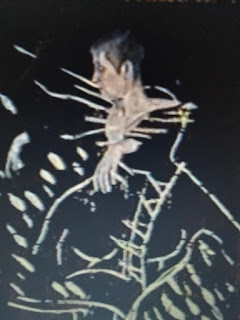 Each step a mark.....an imprint

Know where you step

Be sure how and where you go 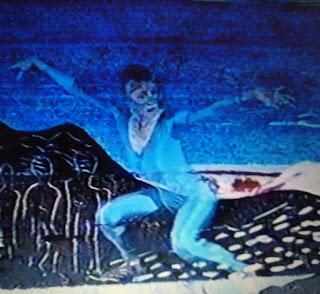 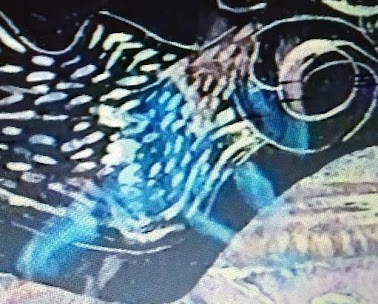 © A. Maie, 1998
Introduction and Contents
[1] Irene Kindness is a visual artist who has worked and exhibited internationally.

Popular posts from this blog

CENTRE OF THE STORM: INTRODUCTION AND CONTENTS

August 07, 2021
Centre of the Storm is a series of performances-rituals embarked upon from 1988 to 2000 as a way of discovering how to bring ancestral stories and ritual into the past and present story of Australia, and by so doing begin to develop a spirituality that has meaning in this country. [1] CONTENTS Women and the Land BEGINNINGS: Midwinter stories ARRIVAL: Spring Stories  [1] Australian Culture and Spirituality
Read more

Introduction and Contents  Spring 1999 A pageant in three parts: arrival, disconnection, search for place/home.   Performed at Karuna Conference Centre and surrounds, Katoomba;  Gundungurra country. Stories of arrival…birth…nature…dislocation…impact Remembering northern ancestral beliefs, celebrations, symbols, deities and writing which welcome Spring and celebrate nature and fecundity. [1] …and the arrivals of my ancestors from the north, Elizabeth Pulley . Eliza Ann Miller and Francois Constant Rups ,     I want to tell you a story a story of my people   Many years ago in the lands of my ancestors, Ireland...England...The Netherlands, in the time before, the time before the one land became three, there was a mighty freeze, a long, cold Winter.   Then imperceptibly, gradually, the ice began to melt and on this barren land life a different kind of life appeared. A Garden of Eden. And into this Eden arrived a people. Small groups two or three families together living off th
Read more

http://forloveofgaia.blogspot.com.au/
Annette Maie, Phd, MA, Dip PE Hons https://au.linkedin.com/in/annette-maie-phd-2782a524 I have an extensive background in movement and dance, having taught in universities, schools and the community for many years, as well as performed and created movement and text-based performances for theatres, galleries, and natural environments. Parallel to this is a longterm interest in performance as religious expression across cultures, and the intersection of performance, belief and life experience. More recently this has been informed by Qi Gong and Tai Chi with Master Zhang Hao. I am also an experienced teacher and performer of West African-style drumming and dance. In 2002 I studied at the Kusun Cultural Centre, with private tuition with master drummer Adotey Richter, in Ghana, West Africa, continuing on return with master drummer Tuza Afutu and the Mbaye family in Sydney. http://annettemaie.blogspot.com.au/ My other area of interest is family history and the Australian context having extended and consolidated my parents research and stories. https://andsoitgoes775.wordpress.com/ https://maietime.blogspot.com/